To keep staffing company compliant, one needs to masters three things: job seekers, client and staffing business’ own requirements. According to Gallup poll, majority of voters of political persuasions agreed that economy and job are the crucial issues in American, even though the unemployment rate was at an historic low. 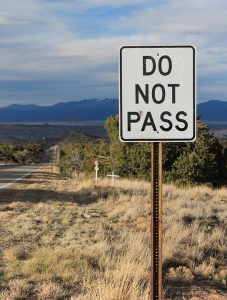 Looking ahead, labour employment landscape can get a complete radical makeover under Republican majority Congress and Donald Trump whose economic strategy calls for tax, trade and regulatory reforms.

President Donald Trump can leverage the opportunity to reshape National Labour Relations Board (NLRB) by filling future and existing vacancies and hiring new NLRB General Counsel. Undoubtedly, this means a retreat to pre- obama Board rules which affects pro-employer changes like duty to bargain, joint employment and bargaining units.

Trump pledged to create almost 25 million jobs within the next 10 years to transform America as the best place to get a job in the world. How can these policies affect staffing industry. Let’s see.

In order to pave the way for U.S citizen to get hike in the wages, Trump wants to deport undocumented immigrants. Chances are that Trump administration will mandate new reforms that will facilitate recruitment of unemployed America workforce prior to foreign workers. Employers turning blind eye when recruiting illegal immigrants will suffer under this policy. The real border security will gradually increase the labour price.

Take away; Staffing industry will have to educate clients on market demand of the wages. The days of paying slightly above to the minimum wages even for the basic jobs are coming to an end.

Here is a good news for American workers, they are likely to get another rise in the pay with better employment prospect. This completely depends on how Trump manages to implement fair trade policies.

Trump has expresses support for raising the minimum wage with general policy preference for leaving issue for the States. Legislators who do not support raise in minimum salary are most likely to commit political suicide.

Take away: Staffing agencies can expect higher rates for bill pay resulting in higher fees and margins staying the same.

Trump lower corporate taxes and business regulation means staffing agency can make more profit on after tax basis. Contract agency with more than 50 temporary workers are not obliged to provide ACA healthcare that will result in reducing operating costs.

President Trump has promised to transform many obama’s orders. It might take time to reverse these policies but the only thing certain here is American worker will win in the Trump era. In the waves of uncertainty, the best way to tackle these situations is by equipping yourself with the best tools to deal with inevitable reforms.